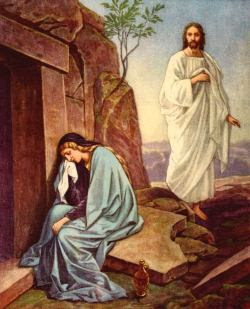 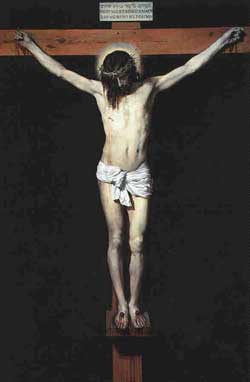 Some of the Jewish leaders hated Jesus because He condemned their sins. They did not want to believe the truth He preached, as He urged them to repent and turn back to God. They became jealous of the great crowds that followed Him and believed in Him, and finally decided to get rid of Him by having Him killed.
Since the Jews did not have the right to have a man killed without the approval of the Roman governor, they had to take Jesus to Pilate. At the trial they had no evidence of wrong-doing by Jesus, but put enough pressure on Pilate that he finally agreed to have the soldiers kill Jesus by crucifying Him.
The place where they killed prisoners was outside the city of Jerusalem on a small hill called Golgotha or the place of the skull. Here they laid the cross on the ground while they nailed his hands and feet to it with great spikes. The cross was then lifted and dropped into a hole in the ground. The entire weight of the body tore at the spikes, and the pain was almost beyond endurance. The blood began to pound through the body as the shock of what was happening began to take its toll. As the cells of the body were broken down it became a living death that sometimes lasted for a few hours, and could even last for a few days. Since Jesus had been whipped before they took Him to be crucified, He was already weak from loss of blood. Mercifully, He lived only a few hours on the cross.
Even with all the pain, Jesus thought of others rather than Himself. His first words from the cross were, "Father, forgive them for they know not what they do." Even though He could have threatened to punish them eternally when they faced Him in judgement, he did not do so. He thought of His mother, who stood by the cross weeping, and asked his beloved friend John to take care of her. On either side of Him there were two thieves crucified with Him. When one of them expressed faith in Jesus, the Saviour answered, "Today shalt thou be with Me in paradise." As the terrible afternoon wore on and His pain increased he finally moaned, "I thirst," and was offered vinegar, which He would not drink. God blotted out the sun as if to let us know how black the deed which was being done, and out of that blackness Jesus cried, "My God, My God, why hast Thou forsaken me?" His final words expressed his complete surrender to the will of God as He said, "It is finished; Father into Thy hands I commend my spirit." He then bowed His head and died.
Even the earth could not accept the death of its Creator and Master without showing grief. There was a great earthquake which shook the countryside and made all people afraid. The only fear which we need to have, however, is that of refusing the love He showed in dying for us. The theme of our lives ought to be, "I'll live for Him who died for me, how happy then my soul shall be. I'll live for Him who died for me, my Saviour and my God."
.
Posted by †Seán Manchester at 02:25 No comments: 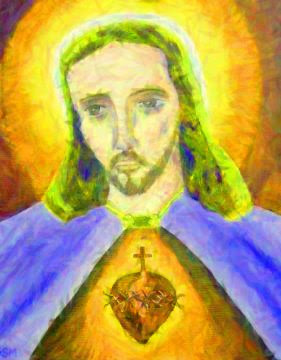 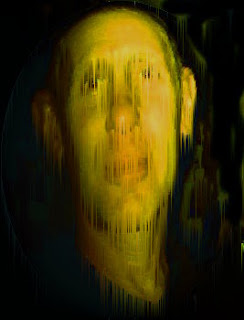 Betrayal is something most of us will suffer at some time in life, and often it is difficult to understand why it happens. Jesus first predicted Judas' betrayal by quoting Psalm 41: 9: "He who shares my bread has lifted up his heel against me."
During supper, Jesus said: "I have eagerly desired to eat this Passover with you before I suffer. For I tell you, I will not eat it again until it finds fulfillment in the kingdom of God." 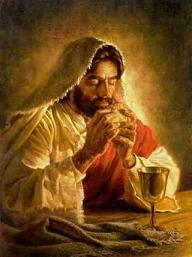 Jesus took a cup, gave thanks and said: "Take this and divide it among you. For I tell you I will not drink again of the fruit of the vine until the kingdom of God comes."
Jesus took bread, gave thanks and broke it, and gave it to the disciples, saying: "Take it and eat; this is my body given for you. Do this in remembrance of me."
After supper, he took the cup, gave thanks and offered it to the disciples, saying: "Drink from it, all of you. This is my blood of the covenant, which is poured out for many for the forgiveness of sins. I tell you, I will not drink of this fruit of the vine from now on until that day when I drink it anew with you in my Father's kingdom."
Jesus then said: "The hand of him who is going to betray me is with mine on the table." 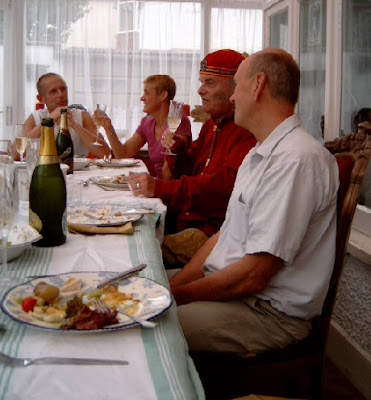 The disciples were sad, and each asked him: "Surely not I?"
"It is one of the Twelve," he replied, "one who dips bread into the bowl with me. The Son of Man will go just as it is written about him. But woe to that man who betrays the Son of Man! It would be better for him if he had not been born."
John, at Peter's urging, asked Jesus who would betray him. Jesus responded: "It is the one to whom I will give this piece of bread when I have dipped it in the dish." He dipped the bread and gave it to Judas. 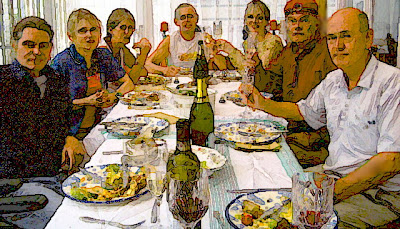 Judas took it and asked, "Surely not I, Rabbi?" At this point, Satan entered him.
Jesus answered, "Yes, it is you." Then Judas left.
“What will you give me if I deliver Him over to you?” And they paid him thirty pieces of silver. (Matthew 26: 15)
When we are betrayed by someone thought to be a friend and spiritual brother we should contemplate the betrayal suffered by Christ. Jesus experienced a most bitter betrayal by one of His closest friends. Psalm 55 encapsulates the sharpness of that betrayal in two stanzas: "If this had been done by an enemy I could bear his taunts. If a rival had risen against me, I could hide from him. / But it is you, my own companion, my intimate friend! How close was the friendship between us. We walked together in harmony in the house of God." Judas Iscariot, who had been chosen by God to be one of the twelve Apostles betrayed the Lord to His death. The full drama of human weakness and evil surrounded Christ in the paschal mystery, but He continued to love and to intercede for our salvation. That drama continues throughout history, but so does the love of God given to us in the Eucharist. Not only does the Eucharist remind us of that love, but more importantly, it is that Love which has the power to conquer all sin and darkness. 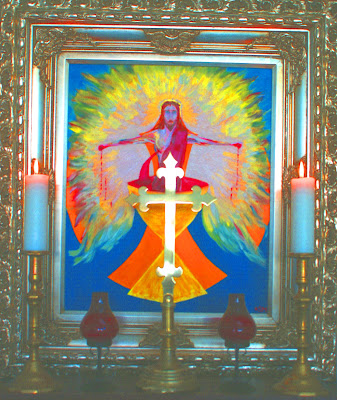 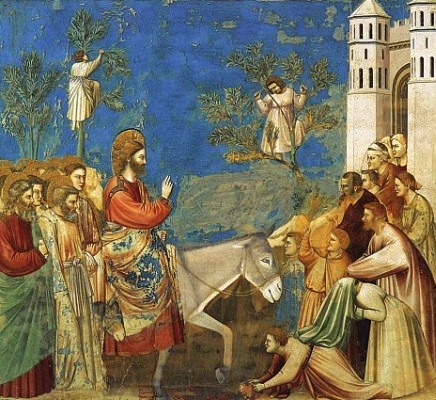 Rejoice greatly, O daughter of Sion, shout for joy, O daughter of Jerusalem: BEHOLD THY KING will come to thee, the just and saviour: he is poor, and riding upon an ass, and upon a colt the foal of an ass. And I will destroy the chariot out of Ephraim, and the horse out of Jerusalem, and the bow for war shall be broken: and he shall speak peace to the Gentiles, and his power shall be from sea to sea, and from the rivers even to the end of the earth.
Zacharias 9: 9-10
.
Posted by †Seán Manchester at 03:52 No comments: